How to get around from Newark Airport to New York Penn/Amtrak stations?

Recently, for a business trip i had to move around Newark and New York areas, both using Air plane and trains. I was also traveling to Providence post my work at Newark, and hence the commute and transits were inevitable.


I have to admit, when i started searching for my options to commute, i was severely confused. I am not from New York and haven't moved around that area too much in trains to know it all. I couldn't make out first if Newark Penn and NewYork penn stations were different at all. Secondly, i couldn't also find out which is the right place for me to take the train to providence.
While there is so much of information available on the internet it didn't help much. Sometimes too much information also confused. Anyway, i was able to find my way out by asking couple of people before i booked my tickets.
My only concern was to make sure i know my plans before hand and not get into a surprise by finding out something at the last minute.
Today, I decided to write a post about it, so it may help if someone comes across looking for this information and is in the same boat.

Per my itinerary after figuring out information, I was return to newark Liberty international airport and was to return my car by 2. Then my plan was to reach NewYork Penn station and catch 5 pm Acela Express to Providence.
Here are some inputs after my experience:

I reached in very good time at NewYork Penn and after locating my waiting room, had plenty of time to continue my office work.
My advice to anyone traveling through the airport in these areas, is plan ahead in time. All of these areas, train routes and normally quite busy and while the administration makes every effort for keeping things smooth, keep some buffer time always helps.

Here is a map i had found on google and saved it with for my reference. just for your reference. 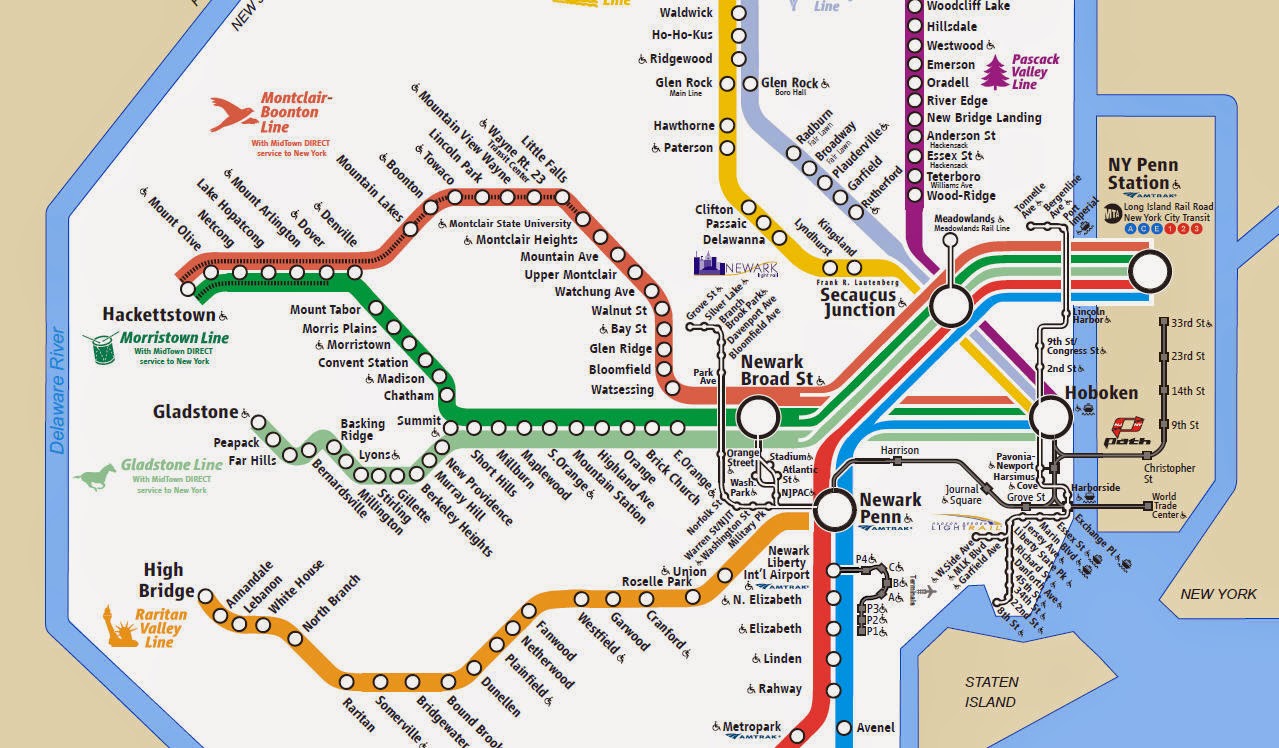