Journalist inside:: Grooming the Ravana

It's Festival season all around and the shops and malls have been lit up across the country to mark the festivals season onset, in where countrymen shop in bulk for sweets, gifts and other items which they find to be auspicious and cheaper on price, due to lot of Dushera and festival dhamakas and bumper sales. Buying something for half the price than any other time of the year, will definitely make it look auspicious though even if god doesn't mind or bother giving it a thought.

The exchange of sweets, utensils, clothing has found its way since the civilization inception which symbolizes prosperity and happiness. The history of exchanging gifts can be traced back with the birth of Christ when three Magi blessed the Lord with some precious ones. Studying the tradition on a deeper level tells us that even Christians have borrowed this custom from the Germans and Dutch. Also the christians started exchanging gifts with each oth 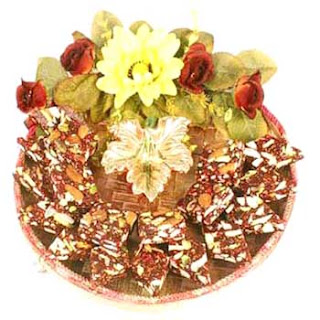 er's families to mark the occasion, dressing up the christmas tree and exchanging good-luck gifts called Stenae (lucky fruits). These would also be hung to the tree which would remind them that spring would come again and reap them the same good times and fruits they saw. In India, in earlier times, people would give more value to love token given as gifts and families would enjoy those moments with their neighbour and friends and gift them lot of items which in turn adds a human touch and value and also mutual exchange would add love and sharing inculcated into the society. The same tradition would set roots for helping each other during times of needs and that where the people in villages and small towns are more glued together when it comes to festivals or natural calamities. In olden times, people would prepare lot of sweets and those would be distributed across to all. Most of the emphasis was given to Dried fruits and sweets.
But with times gone by, those traditions have caught dust and now look gloomy from where we stand. Gone are the days when that home made sweets and hand made gifts used to hold importance. For specially the festivals, new product ranges are launched into the market and the upper brass finds it quite an offence to deal with anything below certain standards. It has to be a costly affair and the gifts received from others are also kept under the tight scrutiny so that the favour can be returned with the came price or same in kind. A thalli of laddus and dry fruits has already been exchanged up with chocolate hampers, suit length gift hampers and holiday packages, gift 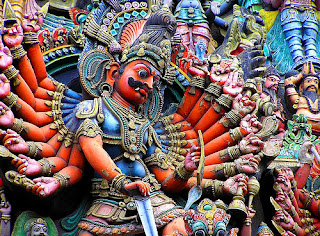 coupons worth thousands which can be spent over a mall near you. Certain section of the society also makes sure to not let any stones unturned when it comes to show off during these seasons. Babus, ministers and other section which sits on a strong position in govt. body are often have people queued up to gift them their love which is normally in cars, land acquisitions and also in favours which can go up to any level. Due to the festival season, people get a reason to present something worthwhile to the other party so soften and getting their work done, be it a pending land case or a management seat for their kids in near future....
Vijayadashmi, called as dashera marked the win of truth over mighty falsehood and evil and teaches us that its not long when one's ego and evil inside will reap similar results but in spite that, we have commercialised the whole festival and expensive gifts and favours may have shine and luster in them, but lack lot of love and harmony which was inculcated long back by our scriptures and holy books. have we lost the human touch or have the colors or our festivals going bright because ostentatious us, is still unanswered...But true, somewhere we are only grooming the Ravana inside all of us, inside our society and try to burn its effigy ever year and rebuild it through the rest of it.
Labels: self