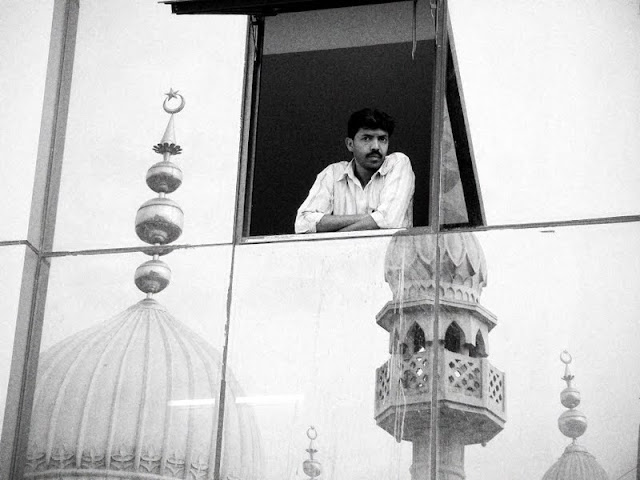 A Man Looks on, as i took this shot. This was a hotel just next to the mosque...The morning Scene gave a very natural look on this man of someone who just woke up and the glimpse of the mosque made it quite appealing to my eyes. That's the motivation to click this shot.(KR Market, Bangalore) 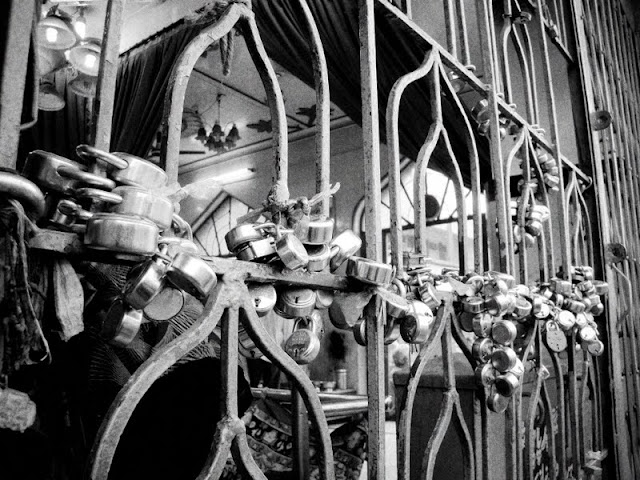 India is a country of different faiths and religions. Temples, mosques and churches are nothing but epitome of faith and emotions. Different religious places are named on various saints and different offerings are offered to each one of them. One of the mosques at KR Market where people tie Locks to the mosque gate as an offering for fulfilling their desire and they come an open them up as their wish gets fulfilled. (KR Market, Bangalore) 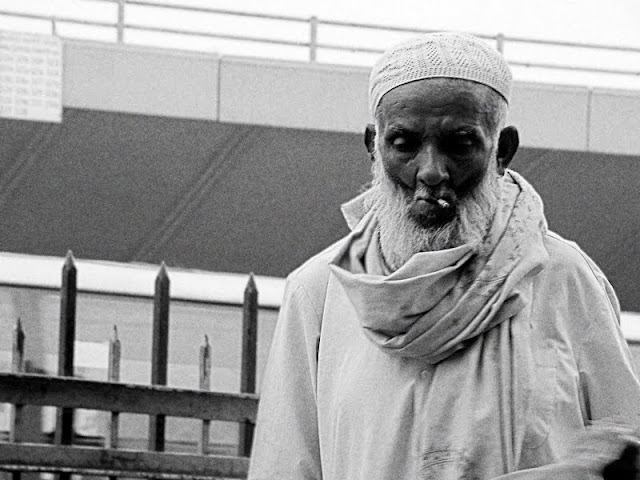 Street photography is not only enticing that you click real life, but also because you get to meet so many different characters on the street, you get near the way they live their life and how they conduct their business. Most of the people work in hardship but still continue to enjoy and spread smiles. Its only business which counts in the markets rather than origin or caste or religion!(KR Market, Bangalore) 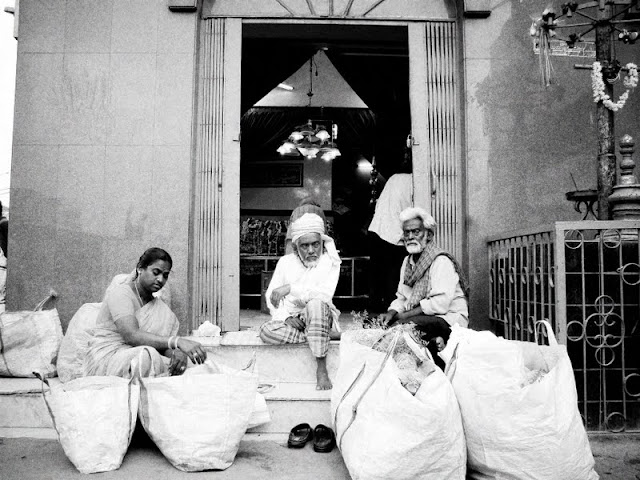 It was interesting chatting with these two old men. they both are care takers of this mosque in the KR market and were just chatting around early morning when i reached. The flower seller was unpacking her recently arrived flowers from Tamilnadu and it was great talking to them. They asked me what these photos were for!! and i smile, clicked and sat with them and continued talking!!(KR Market, Bangalore) 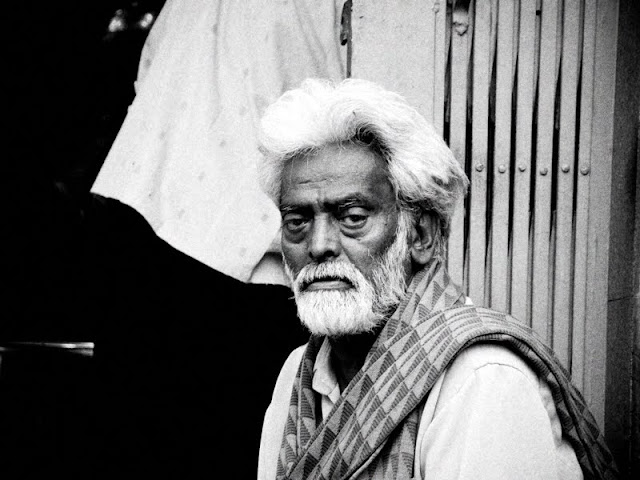 When people smile and keep talking it doesn't mean they are always happy and having fun. Life in india has made us all tough and apart from day to day hardships, we have learn to smile in every up and Down. As this guy finished talking to me, i was wondering how come people are so happy with so little!! As i kept looking at him, there was a moment when this shot came up and later i could feel and see the intensity of his face and the hardships of life.(KR Market, Bangalore) 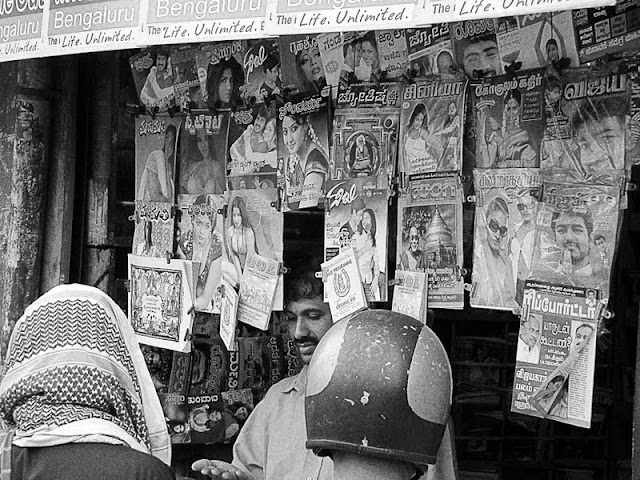 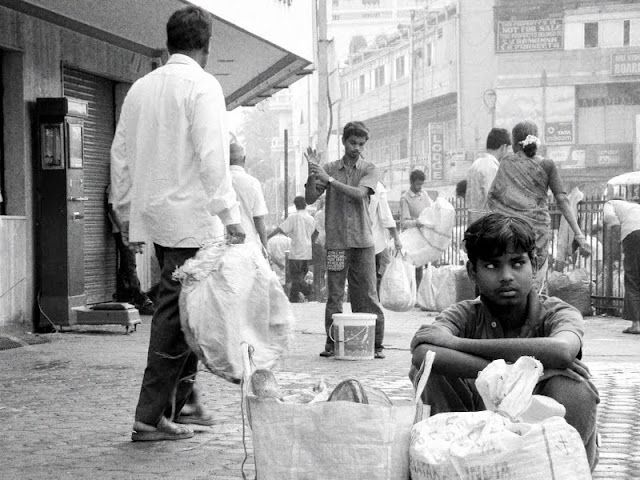 Flowers travel in from different parts and all converge to this market early morning. A young boy waits for their helpers to arrive to get delivery of flowers.(KR Market, Bangalore) 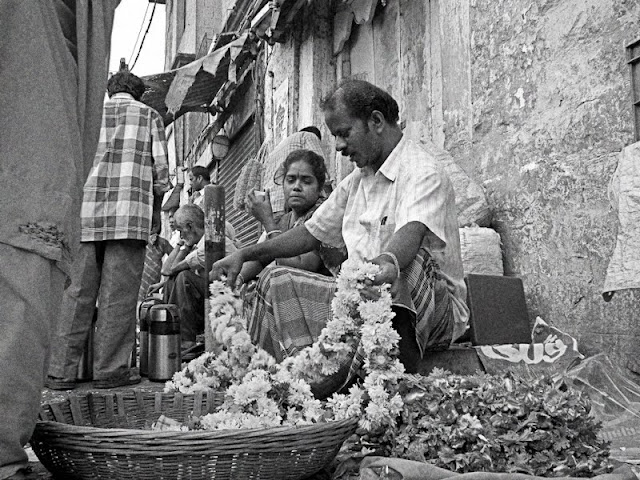 Wow, Fresh, color and huge!! But How much do we sell it for!!(KR Market, Bangalore) 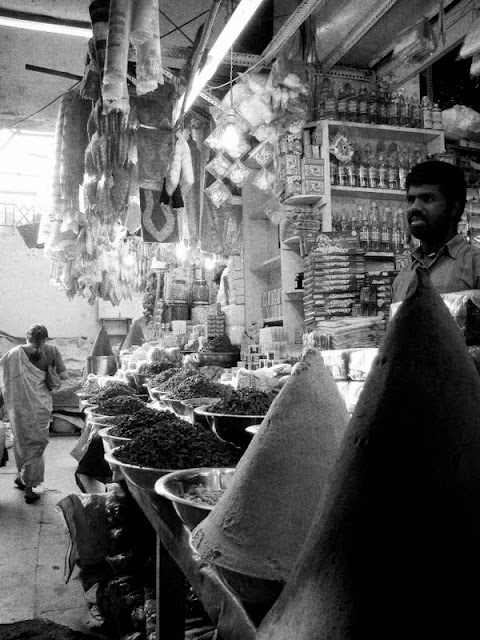 Interiors of the KR market which not only houses flower shops dealing in tons and tons of fragrance and color, but there are stores for buying everything to anything related to Puja and all of these work in wholesales as well! (KR Market, Bangalore) 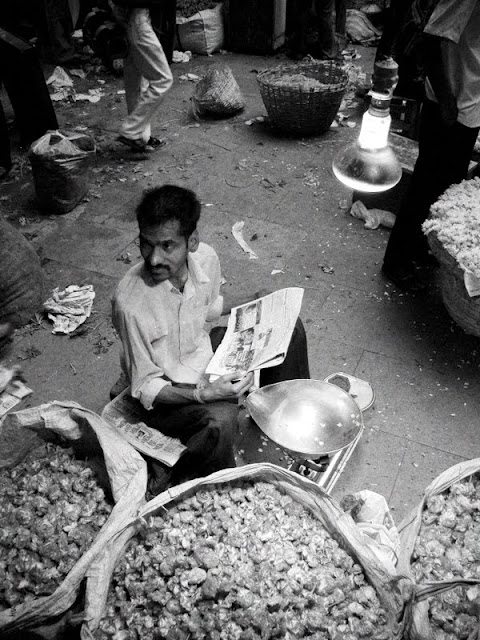 Interiors of the KR market give you a sense of extremely serious business and the volume side of this flower story. A shopkeeper waits for business to start, early morning (KR Market, Bangalore) 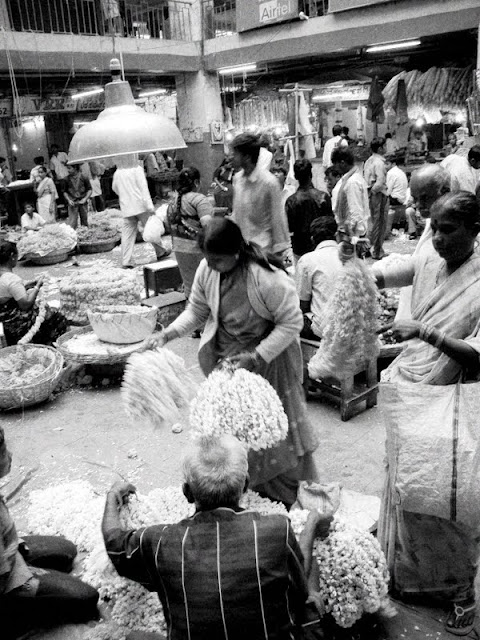 Business is good and there is enough for everyone. In the center of the market, is a huge hall where all the flower sellers settle down. There is a huge mount on the their top with a building with 4-5 floors and this huge tennis court spaced porch makes it a very dramatic location. An experience in itself to be around!(KR Market, Bangalore)
Labels: travel