Brick Kiln-'Bhattha'-a round up of where bricks are made

This trip how was special. I became a father and oodles of work at home kept me all occupied. On one side, when it was joy of welcoming our daughter in our family, a long list of relatives and family friends coming over kept us all busy. On the last day of my stay at home, i could not resist going out for a while to unwind and probably take some photos. Dad and myself buckled up and moved towards a clicking destination. People who are from Nabha or near by, would Know a village called "Thuhi" and we took the Thuhi Road. The road was beautiful lit with the trees covering all parts of it and even during the afternoon, it looked like early morning.
Soon, we sighted a "Bhattha", nothing but a Brick kiln on the sidelines of the road. A quick glimpse confirmed that dad & i were in agreement to shoot at this place. We pulled over to this place. The place looked absolutely deserted rite now with not much activity. Miles and miles of land all around with yellow Sarson sowed and coming out. In the middle, this brick kiln, standing tall with no populace. 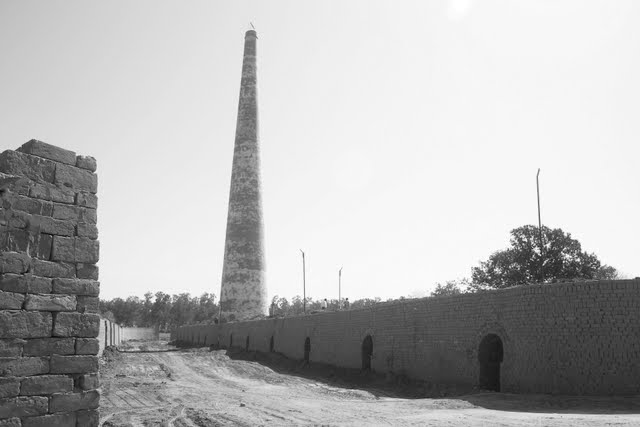 The first glimpses made me feel as if the place has been rendered useless, though it took just a min for "Ramesh", a skinny lad to appear out of his cemented room built on one corner. He was partially surprised and partially confused for what were we doing there. As we made our intentions clear, photographing this area didn't excite him further and he wanted to speak to the owner and also wanted us to get permission before we clicked there. In another ten mins we were on our way, taking a guided tour from Ramesh of how this process of making bricks works and how this huge place is managed. 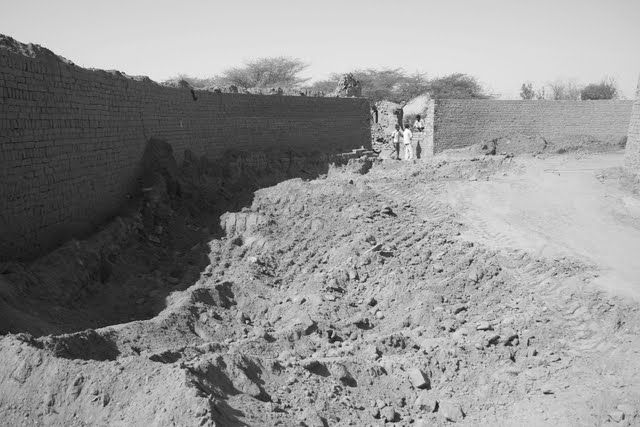 This place was looking like so, since it was still few months away from when the huge dianasour-like monument breathes fire. Ramesh told that this place is just in process of getting ready and in another 4 months, it would be ready to setup all bricks and start to bake them. All the mud and the open area would be actually well padded with soft clay and then bricks would be layered down there. the walls which are visible are actually going to act as an insulator and stages of keeping the temperature maintained. 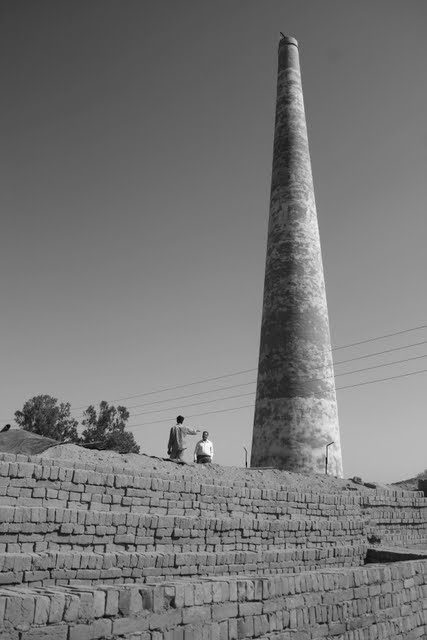 To actually understand how this works, the analogy i can think off is of a grid or a matrix. all the rows and columns of the matrix are actually created first. they all are padded with soft clay and this takes few months to complete. This process starts from the middle and then carries on towards outside. the insulated walls are then closed and clay bricks are started to put on. The labor then closes them with sand on the top as a layer. 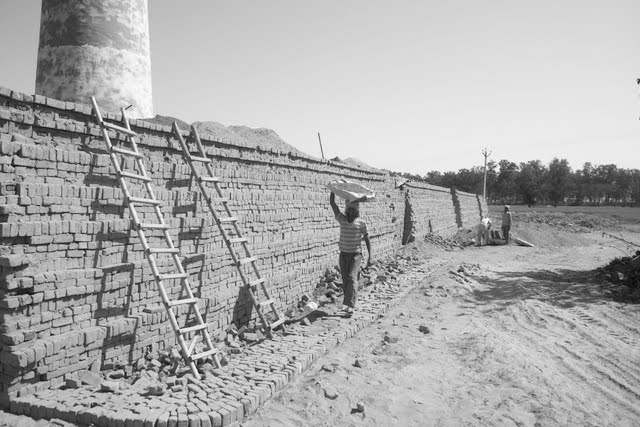 As this process finishes in 6 months time, the fire is lit in. There are few, around 6 small gates towards the outer ends, which help in suck little air and the chimney, is which actually builds the temperature. the insulators(outer walls), not only help in maintaining the temperature but also doesn't let the fire to spread outside and hence equal temperature makes those red bricks. 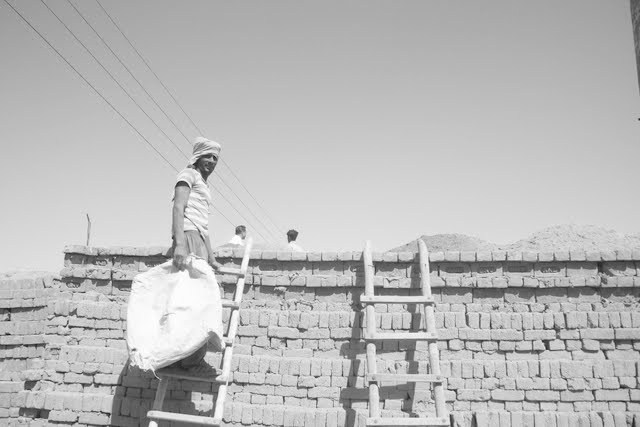 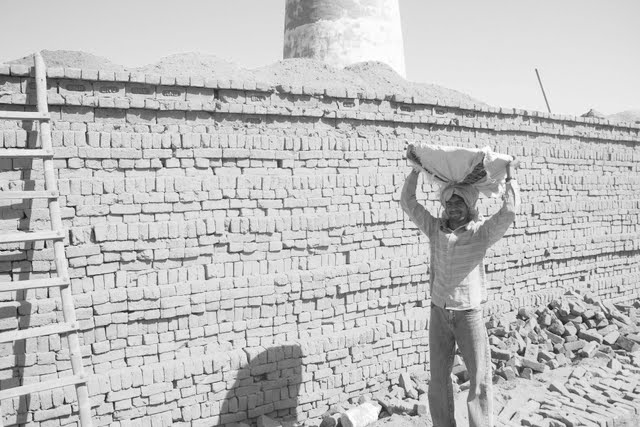 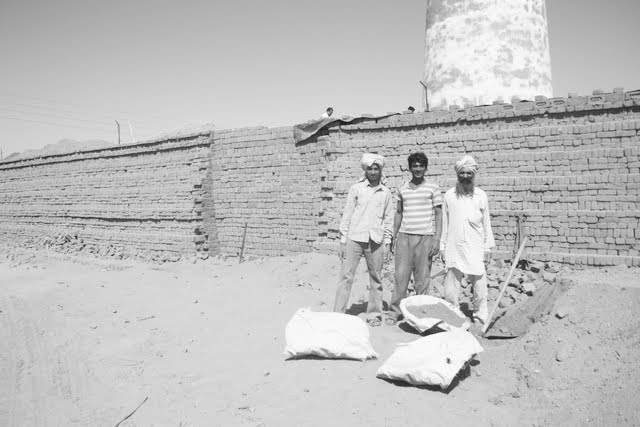 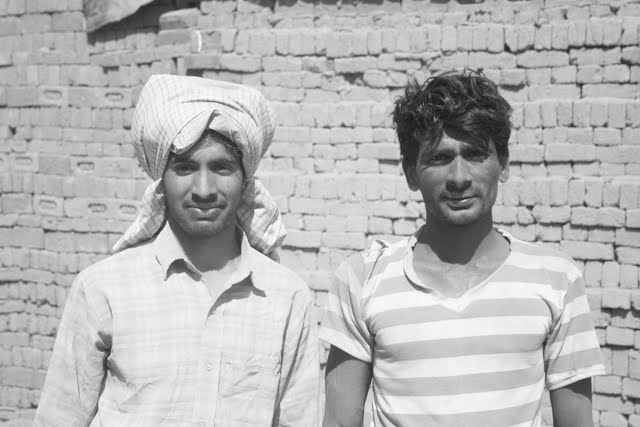 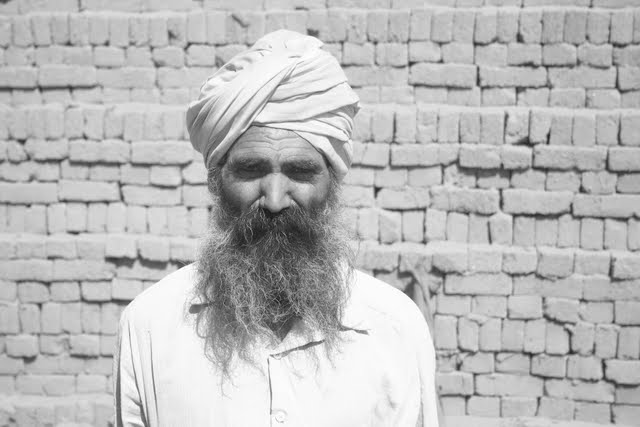 It was great talking to labor there who work on daily wages. One set of labors tend to keep spreading the sand layer on the top whereas, i saw one team was working on the outer insulator wall. The first layer around the chimney was in place and the team of jhujar singh was laying sand on those. if you notice the patterns in the bricks here, the set of three bricks each tells you that there is a opening there. after the sand is all layered, the top brick is lifted up which gives you opening to the matrix below and they fill up coal in these openings and maintain temperature through out the bhatti. 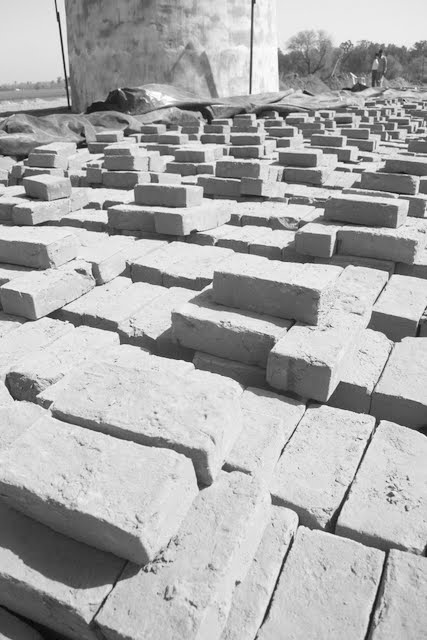 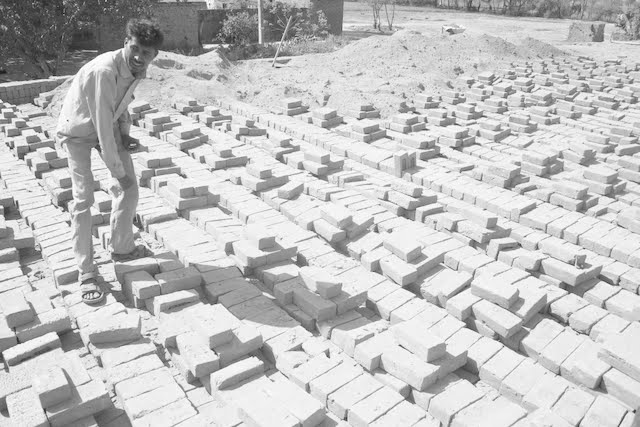 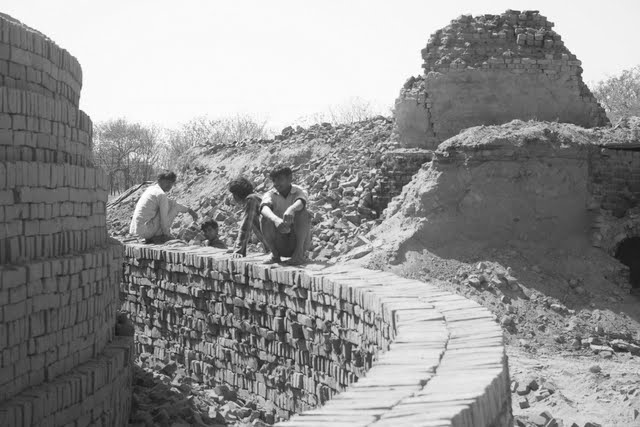