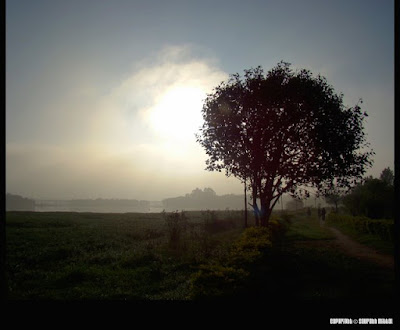 (Click photos in the blog for Larger View)
I really do not know why i thought of writing about it. Probably a sense of responsibility towards other hobby photographers whose blogs and write-ups, i have always read to collect lot of information when it comes to places around Bangalore, or popular spots for photo shooting.
Until and unless, some one proves me wrong by showing a proof now, i would suggest "Dont head to Puttenhalli Lake". I am a little surprised as to why its been written on wikipedias of the world, and some official websites, claiming and holding this lake in extremely high spirits. I read on lot of places that there are plans of converting that lake into bird sanctuary. The memories are still fresh from the trip to puttenhalli lake, which went haywire when we could not find any traces of it. if you would like to read what happened this week, read on.
It was all going well when we decided for Agara lake for this Saturday shoot. Suddenly a compelling idea about Puttenhalli lake popped in. Google map also provided proofs that we just returned some meters before the spot, from where the probable lake could have come in sight the last time( last week) we went there. So, as the maps showed a huge Green spot around yelahanka, an air of optimism swept us, the plan was redrawn to Puttenhalli lake. We headed as early as morning 5:30 am on saturday. Cloud cover caught us skeptical. The wind blew past us and mist surrounded around the areas as we drove past the huge hebbal flyover. Soon we reached the spot from where we returned back, "Heritage Estate". We held our nerves and passed the first railway crossing. We held on to the road as we went past th 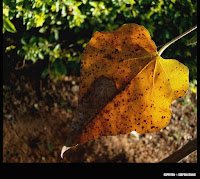 e second crossing. The densening of mist gave us some clue. This was the lake...the Yelahanka lake...We could see a huge lake but nothing near to us on this end..it was just a feeling of despair in the beautiful morning weather. we got off the bike and just took stock of the situation and introspected for sometime. Another idea clicked...the google map had also shown another way to this lake. Probably taking that may lead us near the water. And we set off again towards it. The map had shown a turning towards the left side after the Pipe factory, Yelahanka but then, the optimism flew off as i saw the factory to our right side, and then as YELAHANKA AIR FORCE BASE showed up, it was the time to pull over and turn back. We could make out that there was no way we were going on the right path. 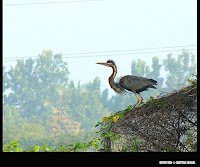 On the way back, we tried finding any road which could take us to the lake, but in vain. uhh..what a bad feeling it was and the traffic had also started growing by now. almost 100 mins of driving around, a second try to find the place and there we were, on the way back. The sun had also not started to show up clearly, still being under a cloud cover. Finally not to miss the morning shoot, we thought of hitting back the Hebbal lake. It was a good shoot since the sun showed up as we parked the bike and entered the lake. here are some shots for your reference from the lake. I was able to do a good profile shoot of the Asian koel, a bird with whom i feel in love long back, but could get hold only this time. There were lot of Greater gray herons and Blue herons. The shoot ended with finally a good collection of some sunbirds, purple rumped sun birds, 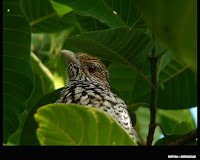