Avenue Street is a tremendously famous tract in the center of the city. As you head towards the kempgowda bus stand, you need to keep watching for the "State bank of Mysore" branch on the main road, which is hard to miss by any chance, and there you are, the Avenue Junction. Avenue Street is not only one among the busiest business places in the garden city, but it does take you closer to authentic Karnataka environs. 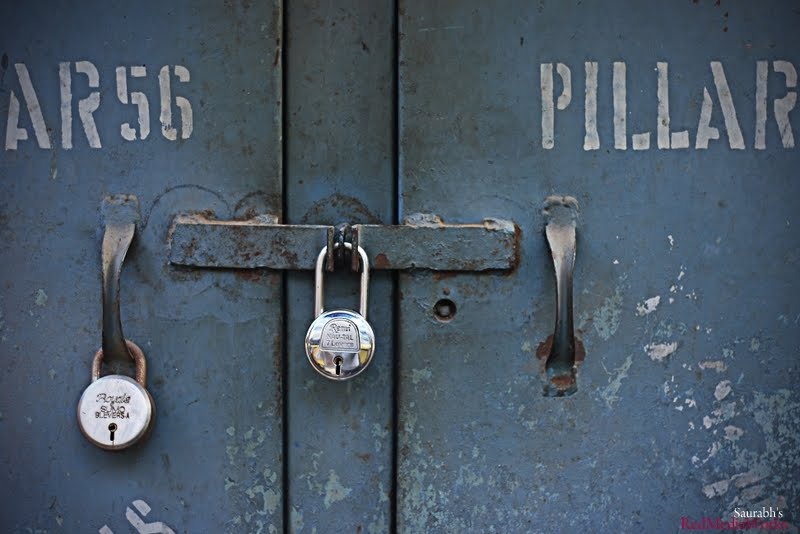 The first thing which is bound to catch your interest, a huge "Coffee Board" Coffee van which lands at the avenue street junction and sells coffee and tea in cups of hundreds. Suresh checked with them and they seem to sell over 400 cups in the morning 3 hours.!! Cool, rite! It’s even more fascinating seeing the amount of people who throng this place, early morning. Friends, businessmen, shopkeepers or labours, all jam at this place for a quick cup of tea and session of chat early morning and may be a quick glimpse at the crisp newspaper which seems to selling around like hot cakes.  After you spend a little more time, you start noticing the book shops all around this corner. Avenue Street is one of the most important destinations for people looking for second hand books. This place is one of the oldest markets and of course its get extremely crowded as the business commences. 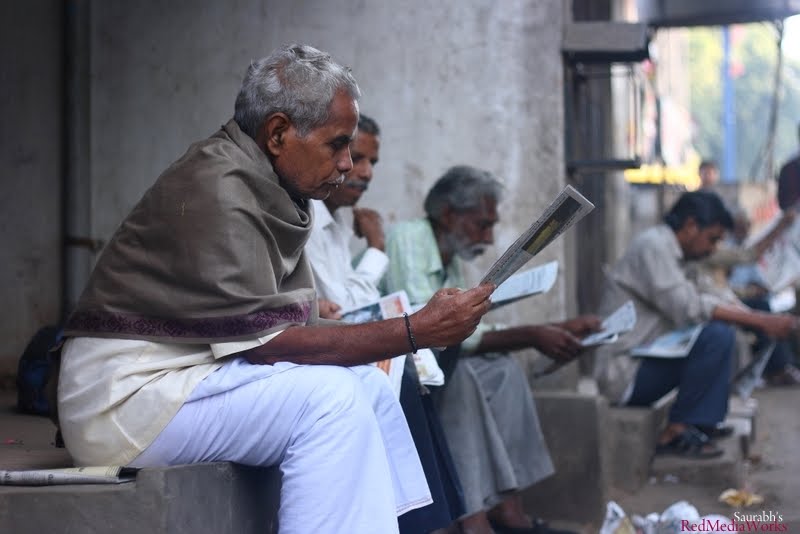 The other important factor which adds to the popularity of this road is its sheer location. Avenue road connects the City Market (aka KR market) to the Kempgowda Road. There are Silver jewellers and brass utensils all along the street, which are among the other most shopped items at this Place. 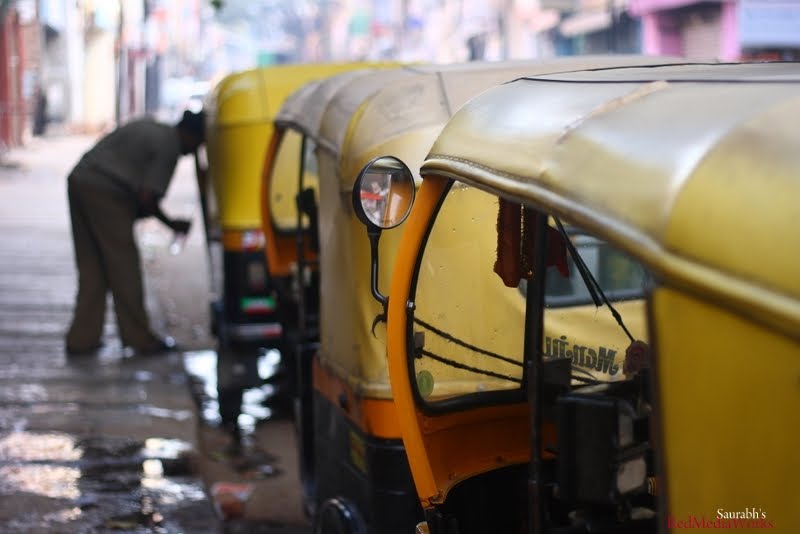 As we started moving around the place, we could notice all the colours coming together quite early in the morning. There were few small markets around the temple of Avenue road which were quick in setting up flowers, there were kumkum stall which was already getting down to making those huge mounts of kumkum of various colours, ‘beedas’ giving that red colour to the flower seller’s mouth, ‘rajni Saar’s’ colourful sticker taking a bath at the back of an auto, the garbage vans here and there collecting tons of garbage from each corner, small flag shaped, local political party flyers garlanded throughout the street, as if being proud of all the mess, were adding to the mood of this place, as we got busy with our chores. 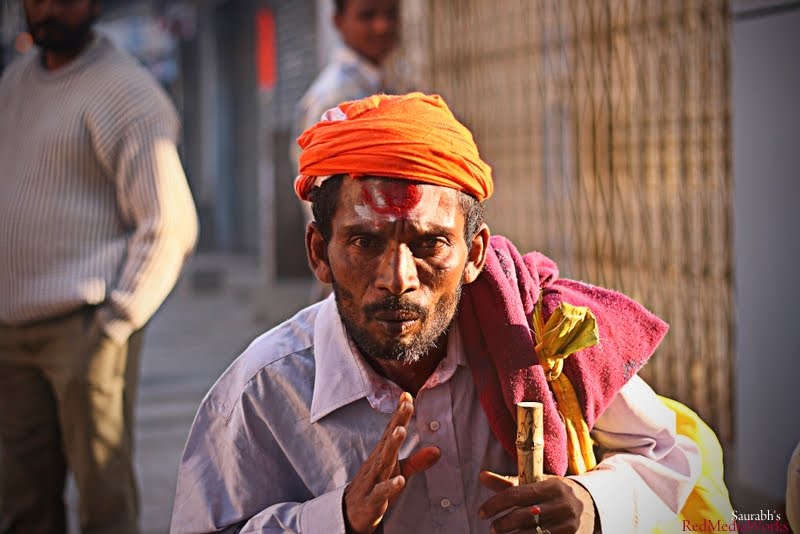 Avenue street is also known as the photographer’s paradise for the amount of variety and subjects which you could click here, but early mornings, today, I was just about happy and not overwhelmed by what I got there. Reading and hearing so much about this place, I was expecting quite a lot which somehow was not met. Though it wasn’t a feeble experience as well and we had our own share of meeting with new characters and getting a little closer to their lives and touching it somehow. While I enjoyed meeting my other co-photographer friends, I also took a while out to walk down some points less frequented by others. I also spent a while taking to an amma on the street, who was just too old to move her stuff around and was taking help of her son to setup their canopy. She loved the idea of this tall fellow with a camera and a smile and happily posed. While looking her shot at the LCD, she smile and a sense of satisfaction and unsaid thanks came out. That’s the feeling really, which keeps me going down the streets and clicking people. 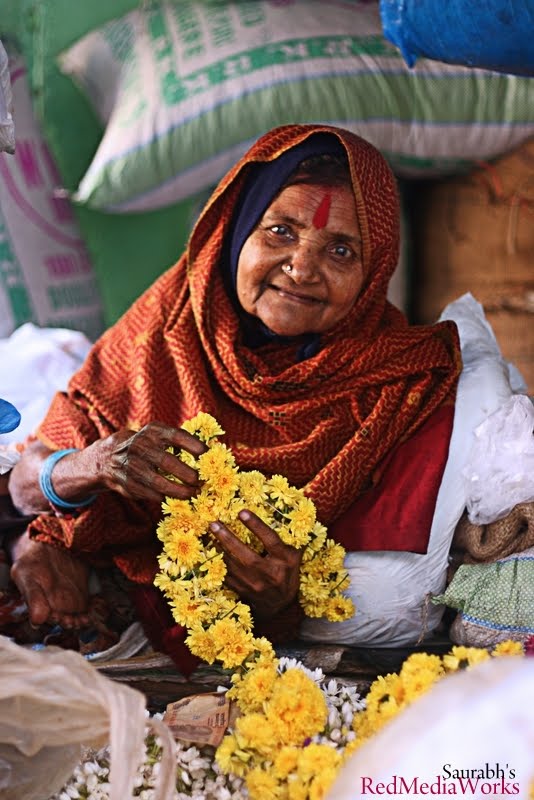 I continued further exploring this street and another thing which I could notice was, that avenue street also has the most inquisitive set of people. Almost every single person wanted to know if we guys we were doing this as a part of some training. Some mistook us for press photographers and wanted to get into the frame. For few we were intruders early morning and few found a political edge when I overheard someone saying that these guys are going to show the negative side of Bangalore city. Well, society is made up of different kinds of elements and you got to accept it as it as. 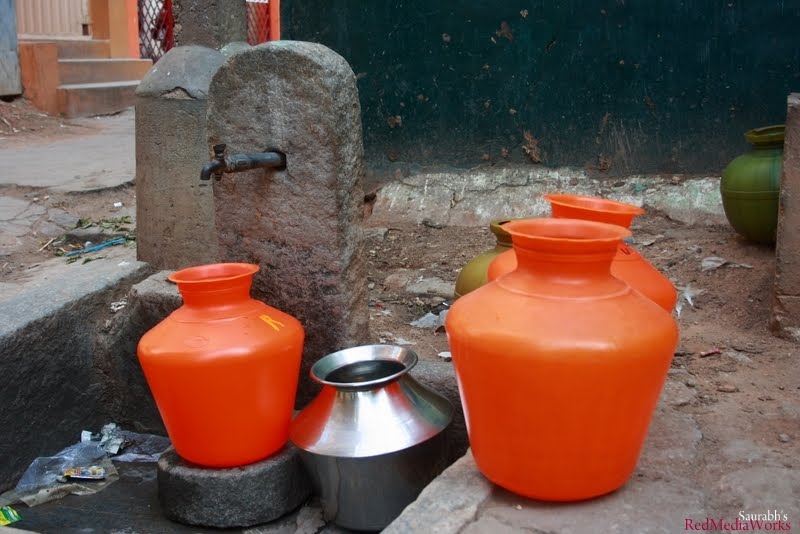 We were in for another great location for photography, hidden across a stretch through few streets and some couple of shots away. This was a Sari making unit which we shot heart out which I shall be writing about separately. We continued under the guard of Suresh gounder who vouched for an awesome place for breakfast which was quite nearby. We spent time searching through the streets and could finally find “Chikkana Tiffin Centre” and bet you, this is an authentic, proper Karnataka food which was one of the most delicious serving I tasted since some long time. The location of this eatery could be fishy, but even after you find it, you need to still be prepared to jostle through a huge crowd for this amazing food. Highly recommended even if you have to spend more than half-n-hour like us searching for this place.
Well, this was another location covered in the beautiful city of Bangalore. Hope you have your own experiences about this place as well. Waiting to hear from you guys, your experiences of this place and any comments on what you saw via my write-up and shots.
Labels: photography