DOWNLOAD THE e-STORY VERSION AT END OF THIS STORY
It had been sometime, since i was thinking of going out but work at office and something or the other at home kept me tied over the weekends. My teammate, Gopinath hails from a sleepy town "Chitradurga" and he has talked about his place a number of times. Seeing some photos from another fellow friend, kept acting as fuel to fire and on a proposal to visit Chitradurga, i could not turn down.
Reaching Chitradurga: Chitradurga lies in Karnataka approx 200 Kms from Bangalore. it lies on the Bangalore-Pune National Highway and not to mention, the roads are beautiful. There are few trains available from Bangalore and the buses are numerous to reach in. I read at Chitradurga that there is a bus every 15 mins to Bangalore. Amazingly good connectivity!
Places to See: Chitradurga, as the name says is famous for its Huge Fort and numerous temples situated in its vicinities. it also is an excellent place for mountaineering some peaks in the fort. Other attractions include Chandravalli Caves, Vanivilas Dam(lies in town "Hiyur").
We boarded the 00:30  bus from majestic and the conductor told me it would be around 5 as the bus reaches Chitradurga. This was an AC bus and amazingly fast. Th driver drove it in every way he could and we felt fortunate to get down all well. he reached CHitradurga at 4 itself :0) We took rest at gopis place and a yummy breakfast was on the cards. We waiting and the food was every bit worth the wait. Soon it was time to leave and we were already yearning to go out. First target was Chitradurga fort, which is the most famous of the destinations.
The auto rickshaw took us there in a jiffy and the first impressions, were that the fort appeared to be huge. We bought tickets and saw some more crowd around this place. The good part is the fort has been maintained well and it has all those small typical 'incredible India' stones placed everywhere with the details of the places written on them. it was so useful. those stones even give you directions to different areas in the fort. All in all a great trip in this sleepy small town. Leaving you with a set of photos. Do share how did you like those. 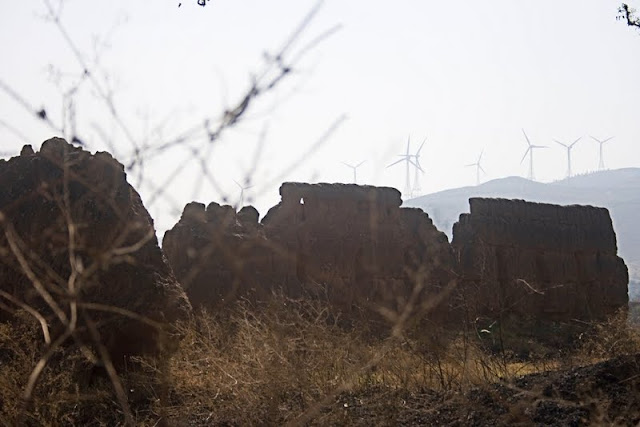 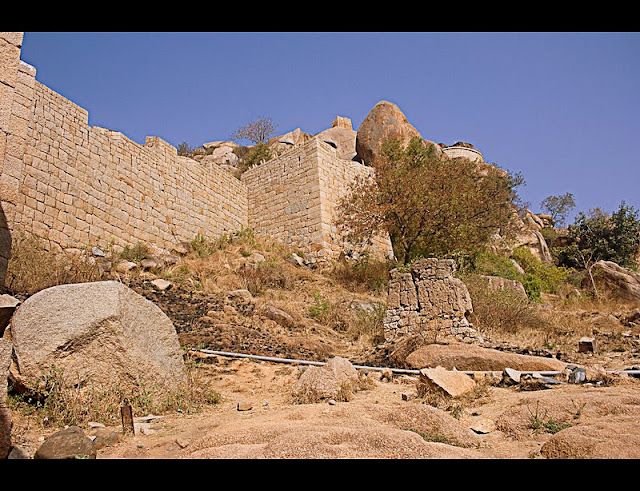 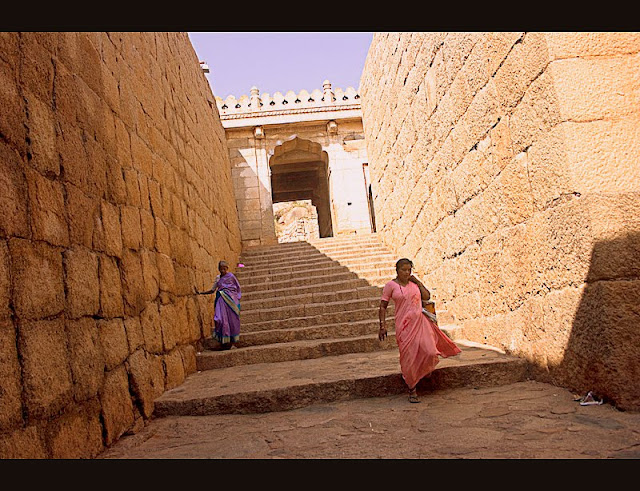 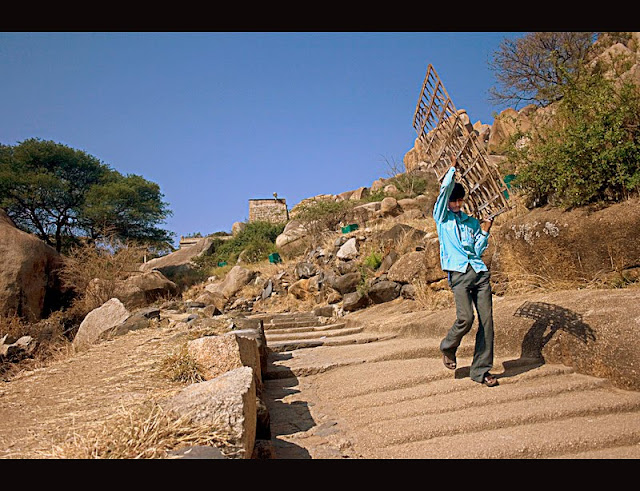 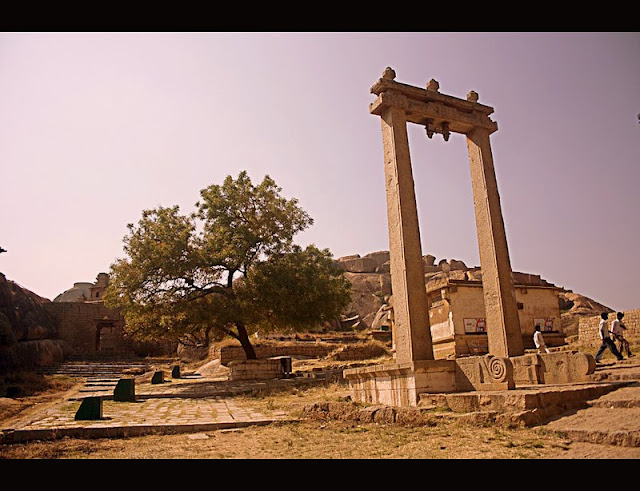 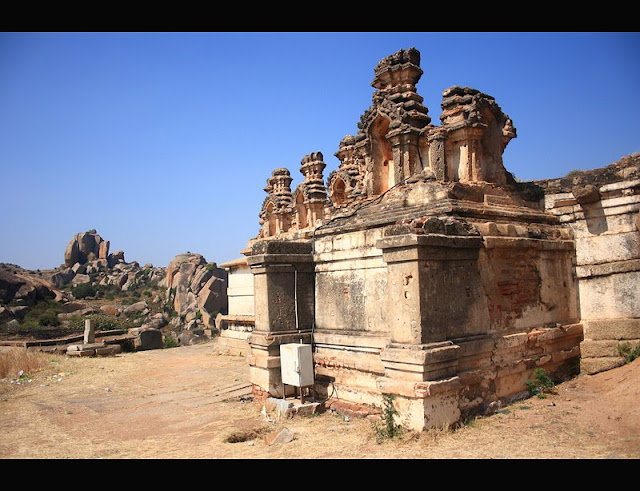 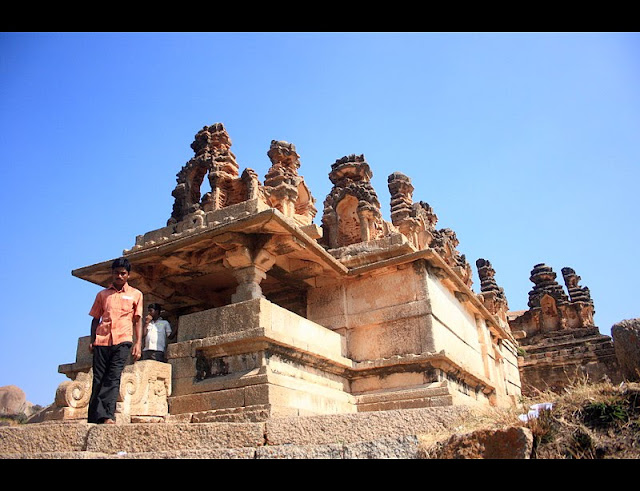 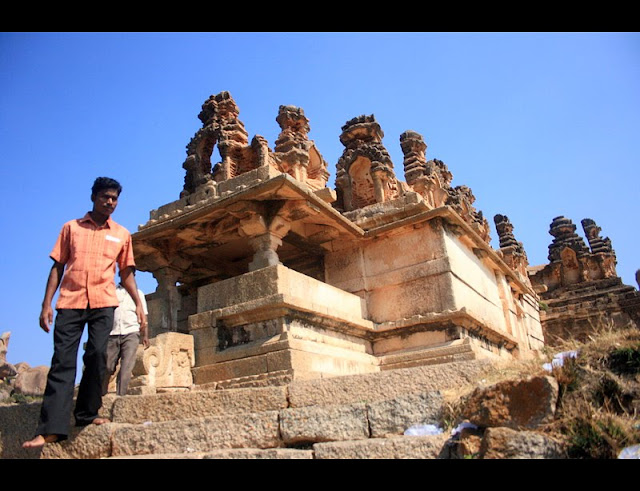 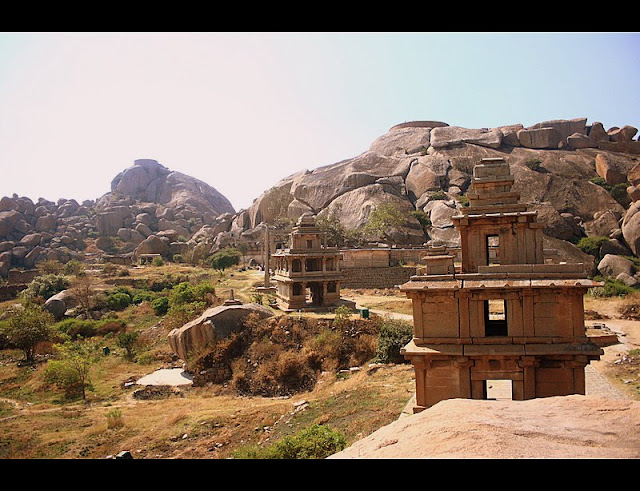 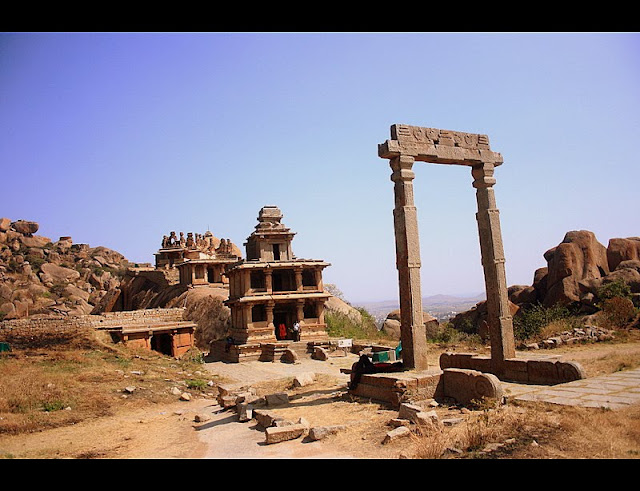 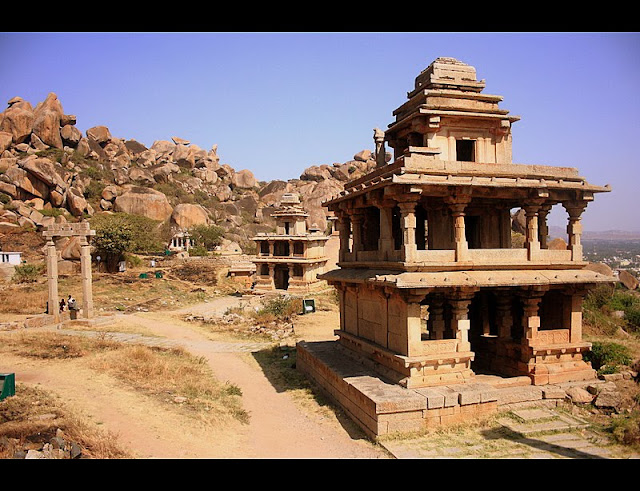