A week back we went to attend the Renaissance fair. the fair is held in Kenosha, WI and it was around 70 miles away from Naperville, IL.

I got to know about this place through my photography meet up the group a month earlier. The event is supposed to be a congregation of a lot of people dressed up in the costumes from really old times.

At the event, the fair is pretty much a recreation of an old town in England- Bristol. They set up the town with jesters, town halls, shops, shows and so much more so as you feel transported back in time.

The cast and crew members dress up as various artists and dawn those looks and characters extremely seriously.

Also, the event encourages people coming in to dress up in a similar fashion by publishing various themes in advance. for example, the theme was steampunk on Sunday of our visit. (you can find more about special events here)

It was a fascinating place which really transports you back in time, enchants with elaborate dresses of the performers, street performance and all the acts taking place there.

During the day, there is a queens parade which is the highlight of the day and goes through a couple of times. all the characters you will see dawning their roles in different positions can be seen at one time via this parade.
The street jesters, the old judge, the wise men from the city, the crooked minister, the battalion of soldiers, the senior ministers, the king and all the artists of the kingdom of Bristol take part in this parade.

The dresses of each of these characters were pretty elaborate. Right from the heavy gowns, extremely detailed & heavy headgears, actual leather accessories was just a treat to watch.

The day of visit the temperature was hovering around 91F and I asked some of the visitors and artists on how were they doing under those heavy dresses.

Most of them smiled and explained that after being miserable for first 30 mins, are have gotten used to this pretty much. 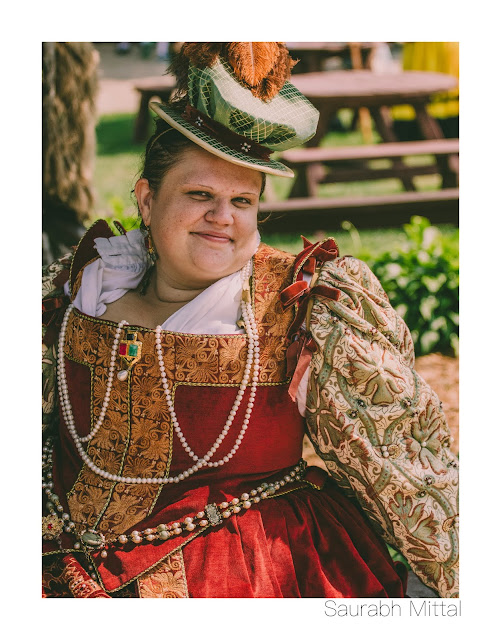 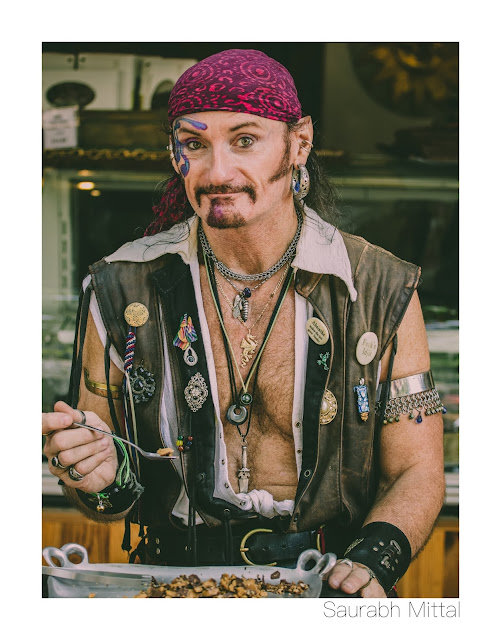 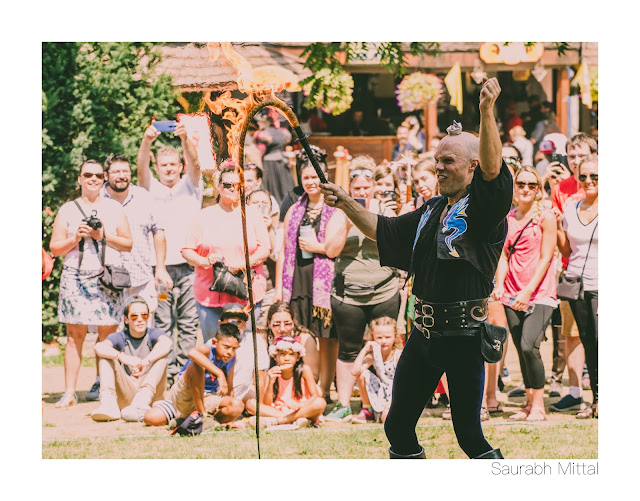 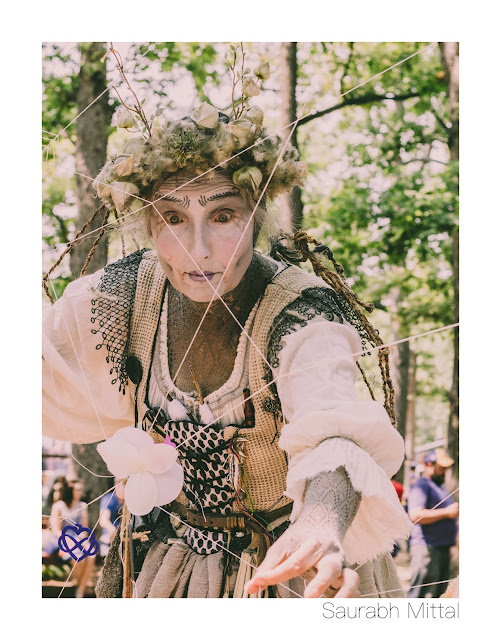 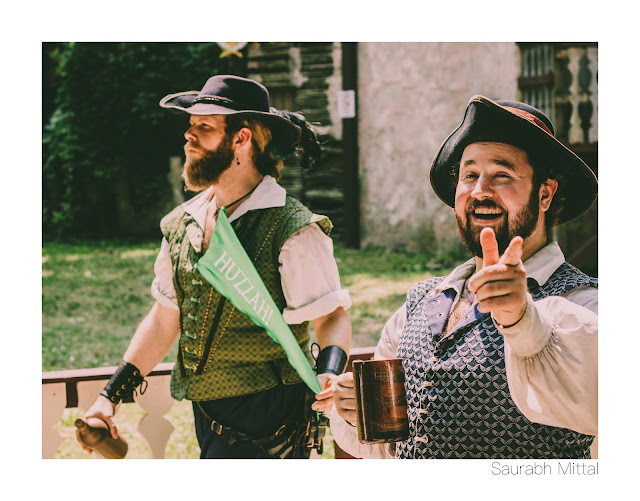 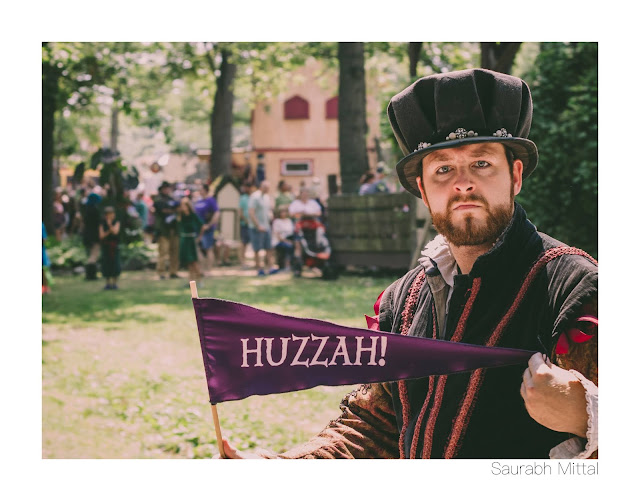 The food court here was quite good. although one of my complaints was that it wasn't very vegetarian-friendly. there were usual snacks available everywhere.
I also learnt from my fellow photographers that roaster turkey and seared mushrooms were a speciality of this festival.
beer and other types of wines and spirits were also available quite easily. it was super hot that day so a cold beer made it much easier. some additional information about food at the venue.
most of the places however only cash was being used. here is the detailed list of all the shops setup at the venue.

Some other surprising aspects which I came to know is that this is a not a one-time affair or a fair which just started but this has been going on for past 20 years. hence, a very established community who follow this event closely and participate everywhere. 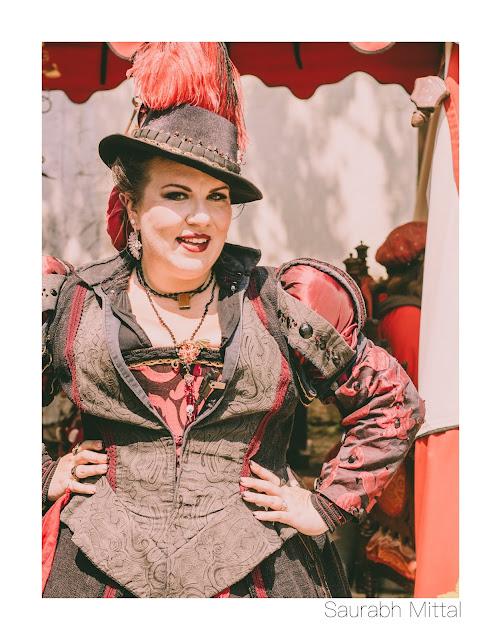 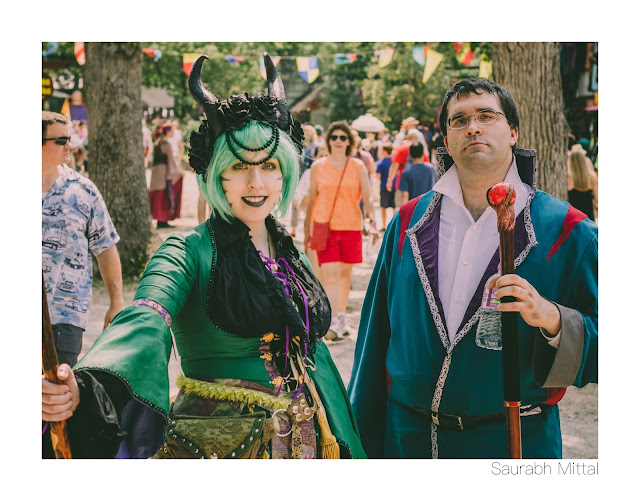 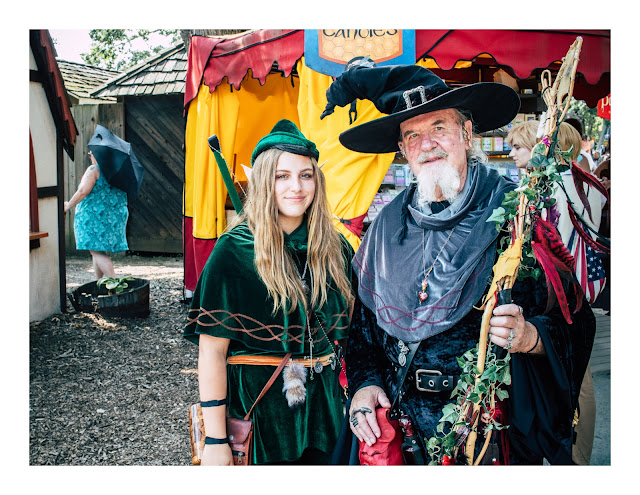 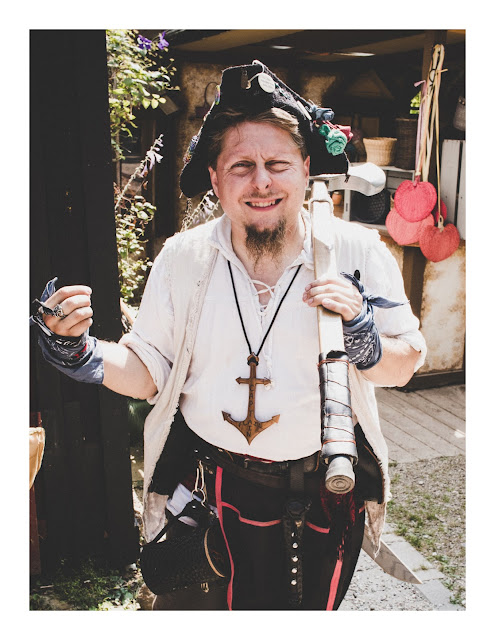 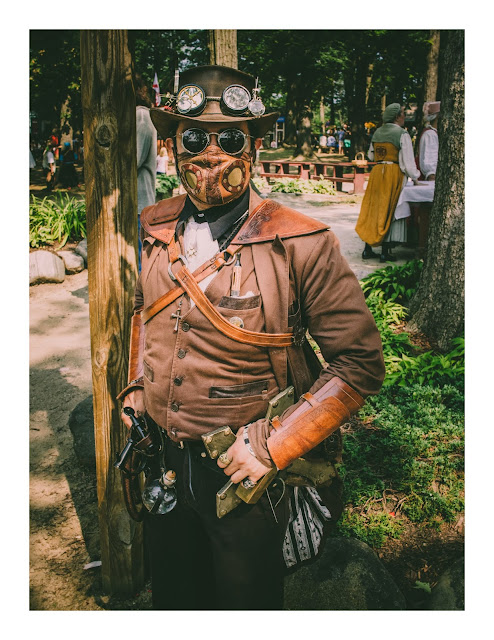 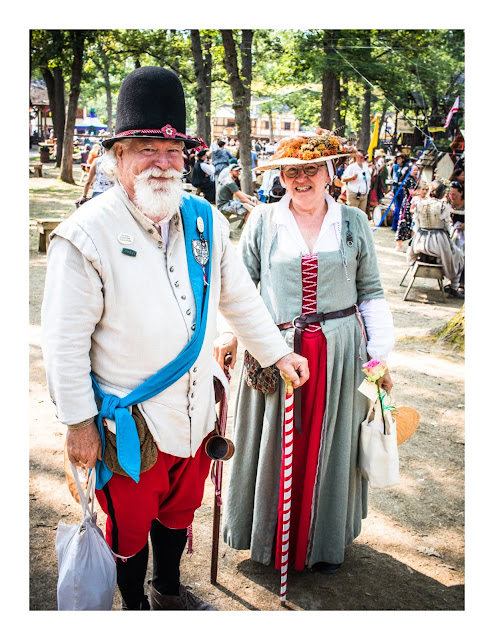 How to get there. click here for address & directions
Special events & themes click here
Tickets: I had gotten my tickets through our photography group and we were able to get some discounts on the $25 ticket. you can also check group discounts on their website.